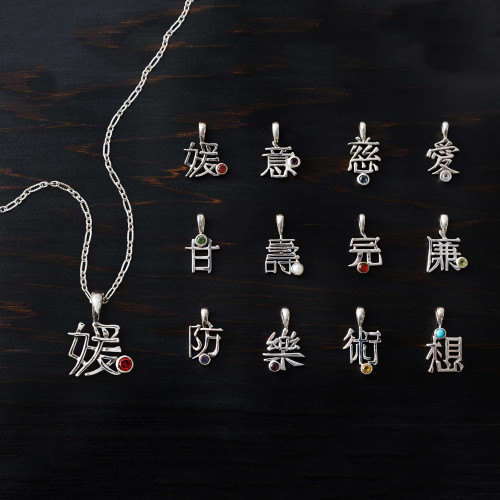 SKU: 356685
Description
Hanzi are characters used in Chinese writing. As early as the sixth century A.D., many of these characters began to be simplified and adopted into Japanese writing, where they're known as kanji, a term that is more widely used in the West. Artisans in Yiwu, China, create these pendants by using sterling silver and the lost-wax casting method. Each character emulates the sweeping brushstrokes of traditional calligraphy. Choose based on birth month, favorite color, or simply the symbol that resonates with you most.