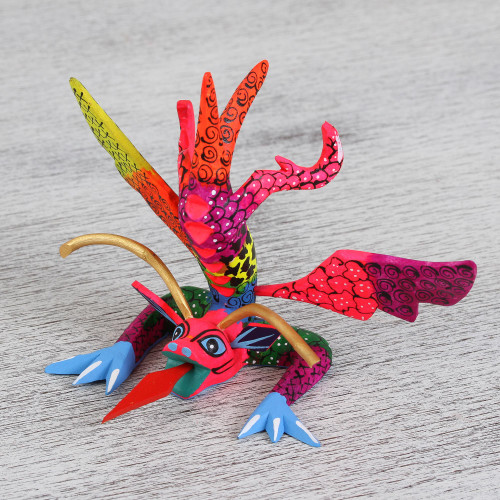 SKU: 312668
Description
Husband and wife duo Zeny and Reyna from Oaxaca grew up with the tradition of carving alebrijes (fantastical figurines of real and imagined animals); both of their parents were master carvers in that region's traditional folk art. Here they create a wildly colorful dragon in a contorted, acrobatic pose. The dragon is carved by hand from copal wood and painted in a rainbow of psychedelic colors.

It is said that Oaxaca's alebrije tradition descends directly from Mexico City artisan Pedro Linares (1906-1992). When he was 30, he became seriously ill and fell into a sort of coma. While he was unconscious, he had a most fantastic dream. He was caught between the land of the living and the dead; the place looked like a forest and was populated with creatures with body parts belonging to different animals. The beings repeatedly uttered the word alebrije, and when Linares woke up, he recreated these figures in vivid colors using papier mache techniques and called them alebrijes . His work became famous and eventually influenced artisans in the state of Oaxaca who decided to craft alebrijes using traditional wood carving methods and according to that region's world vision. 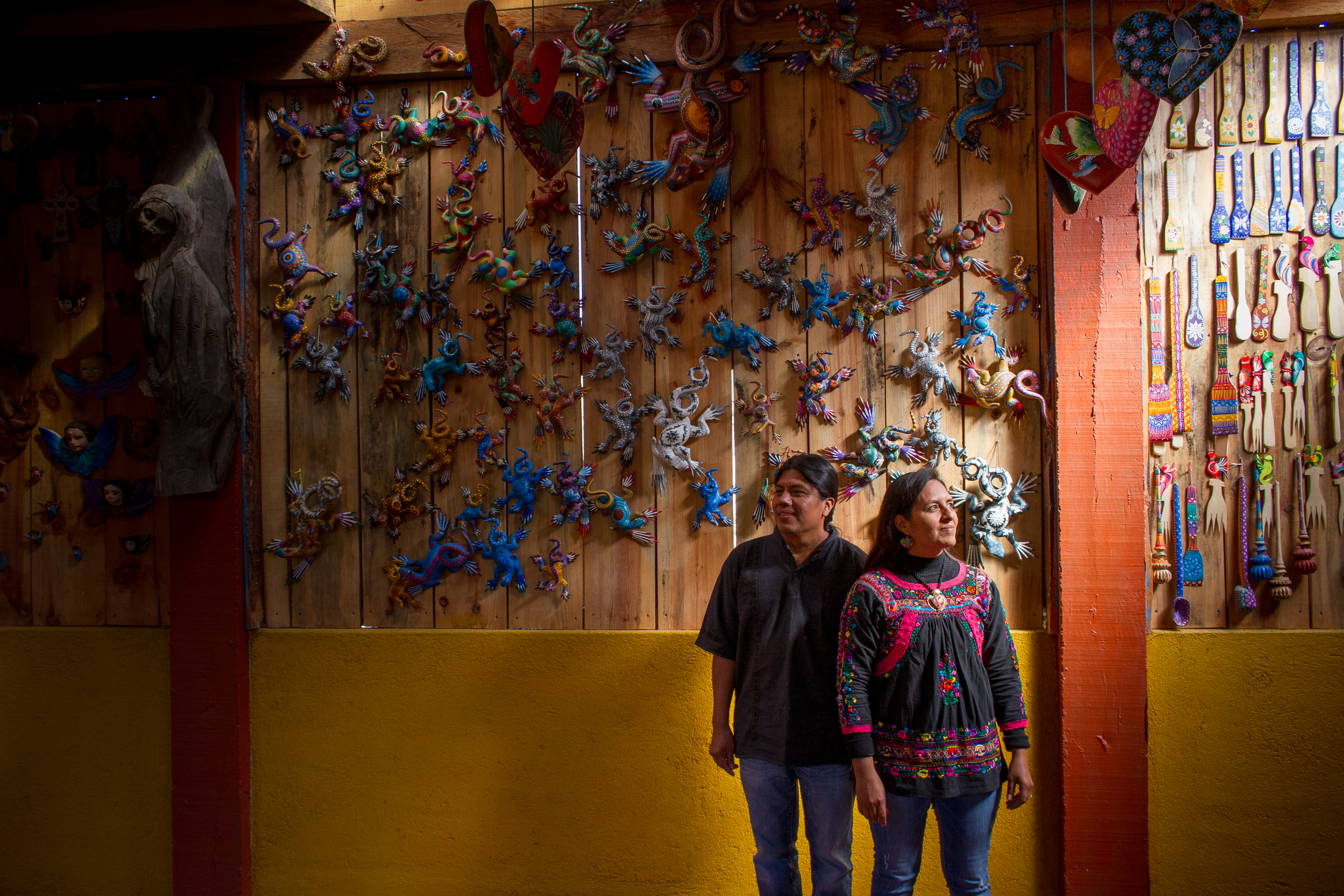 Steel Wall Sculpture of a Peacock from Mexico (Mexico)