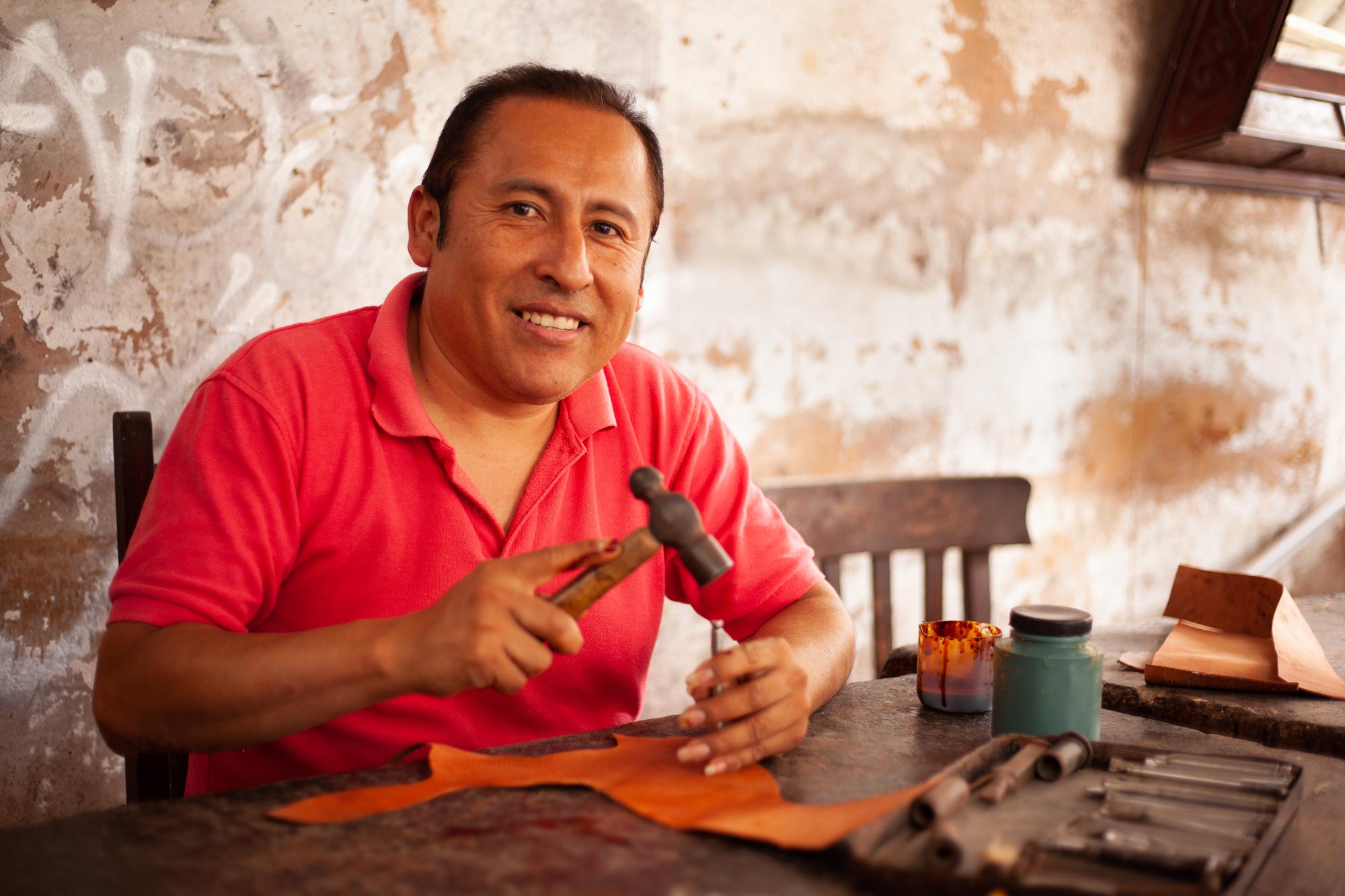 Johnny Jimenez has an anniversary coming up. On the 29th of January, he will have been married for 21 years. We wanted to know about the secret to his success, both in love and in art. As it turns out, everything comes back to family.

“Since I was a child,” Johnny explains, “I always heard my father say, ‘if you do it with love it will be beautiful.’” 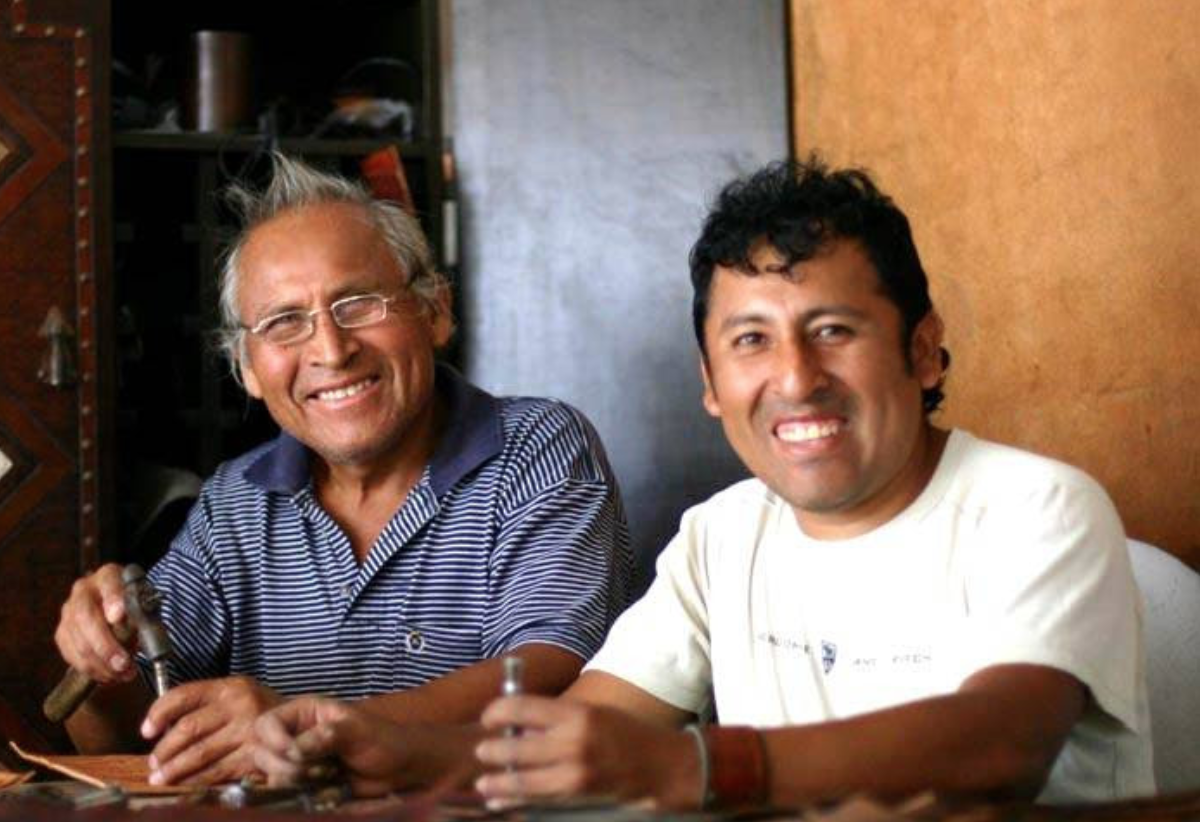 It is an adage that Johnny has tried to live by his whole life. Reflecting on his marriage he says, “My wife is my right hand. We have passed many tests, and we have overcome.”

How has that love infused his artwork?

He thinks about it for a moment, then points to his square-shaped leather catchall, hand-tooled and inspired by morochucos, cowboys who live in the highlands of Peru’s Andes mountains. He calls it “Brown Lasso,” and the joy that it brings him is palpable.

“This piece had brought so much satisfaction to my family. It has united us — my father, wife and children. We owe so much of our success to this centerpiece. We pour love and desire into crafting it.”

For Johnny Jimenez, love is about “giving everything without expecting anything in return.” It is a value he passes down to his children. He tells us a story about his 17-year-old son who experienced his first romantic crush last summer. Johnny says, “A month later I saw him working on a leather bracelet. I saw how every day he did it with so much love and put all his art into it. He is very detail-oriented in his finishing. The final result was admirable — it was his first gift to his crush.”

A lesson in love and in art, passed down from father to son.